Injuries From Orlando Accidents In Intersections 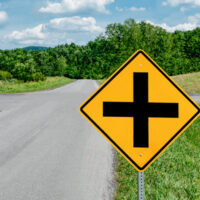 With so much activity at intersections, it is logical these locations have a high accident rate. This is because they are often high traffic areas, with vehicles, bicycles, and pedestrians all crossing streets, turning, or navigating unfamiliar roads and signage.

For example, there are many collisions reported on Semoran Blvd. and Colonial Dr.  Of course, there are many drivers who pass through this Orlando intersection daily without a problem. But other drivers are struck when another vehicle operator misjudges the situation and makes an error.

If you were involved in an Orlando intersection accident, you are not alone. According to one report by the National Highway Traffic Safety Administration (NHTSA), over a third of US accidents happen at intersections and the overwhelming majority are determined to be driver error. Whether you were injured in a car, on a bike, or walking through an intersection, connect with an Orlando car accident lawyer to discuss what damage recovery choices you have.

It is common for people to prefer to drive on streets rather than highways. Because of the high speeds of a highway, an individual may fear an accident will occur. But statistically, highways are safer than streets, and intersections are one of the reasons why. Intersection confusion results in small fender benders and larger crashes everyday.

There are four basic types of intersections. They are typically named after the amount of roads joining, the roads are referred to as legs.

Each type carries its own risks. A lot of intersection accidents are due to poor lines of visibility, drivers misjudging the timing of traffic lights, malfunctioning traffic signals, failure to yield, and vehicle operators not paying attention to changing conditions.

Daily drivers pass through multiple intersections without a thought, but in order to stay safe you need to take precautions. Wherever you are traveling, on side streets or larger thoroughfares, you need to notice your surroundings. At intersections, take time to be sure there are no dangers hidden behind block sightlines, such as trees or trucks.

Additionally, don’t speed or tailgate. If you are traveling fast, you will have less time to react to a change in circumstances. Another driver could make an unexpected lane change or stop abruptly and you will need to respond in order to avoid a collision. Give other cars plenty of space, which will provide you with another buffer.

And if you do have medical expenses and property damage bills because of an intersection crash, talk to an Orlando car accident lawyer.

Were you involved in a collision on Colonial Dr. or elsewhere in Orlando? When you have injuries and bills because of a reckless driver, you need compensation. To determine a strong strategy, talk to the qualified personal injury attorneys at Israoui Law before speaking to any insurance company. Insurance companies have their own legal support, you need a lawyer working for you. Find out how much your claim is worth at a complimentary consultation. Call 407-381-4529 today.